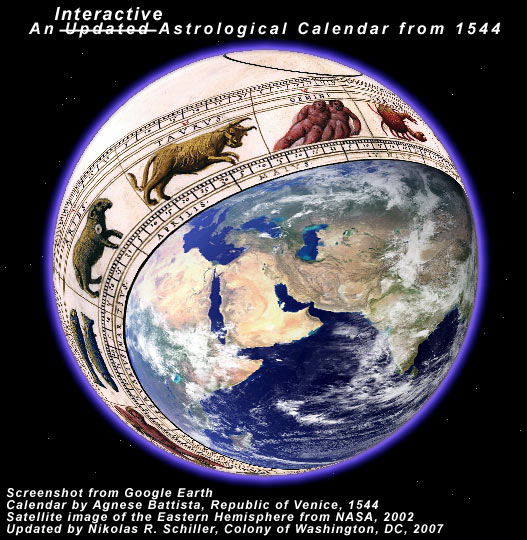 The other day when I was developing the Eastern Hemisphere version, I thought it would be neat to see what the calendar would look like in Google Earth. By using the image overlay function I was able to wrap the entire calendar over the surface of the earth. The result is a very unique way to interactively view the calendar in 3D.

Secondly, the process for wrapping a recangle around a sphere was previously explored when I created tessellations for Polar Coordinate function in Photoshop. The result in Google Earth is that the calendar is stretched laterally to create an oval, instead of a circle. This stretching makes the concentric circles harder to follow, but not so much that the calendar’s function is minimized. The stretching forces to the user to explore the edges of the earth to see how & where the astrological signs line up.

Overall, I am quite pleased with how this turned out and am excited about using Google Earth as a means to display some of my future maps. Honestly, I have not used Google Earth in a very, very long time, so to start using it again means I should have some interesting maps coming up! 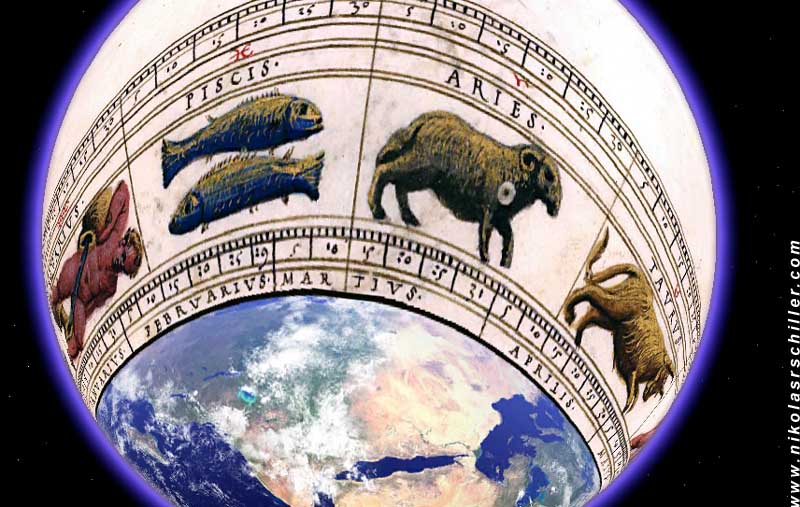 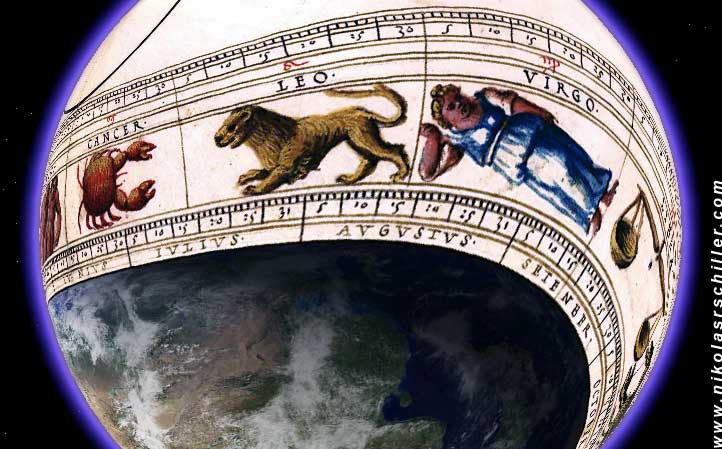 For those without Google Earth: 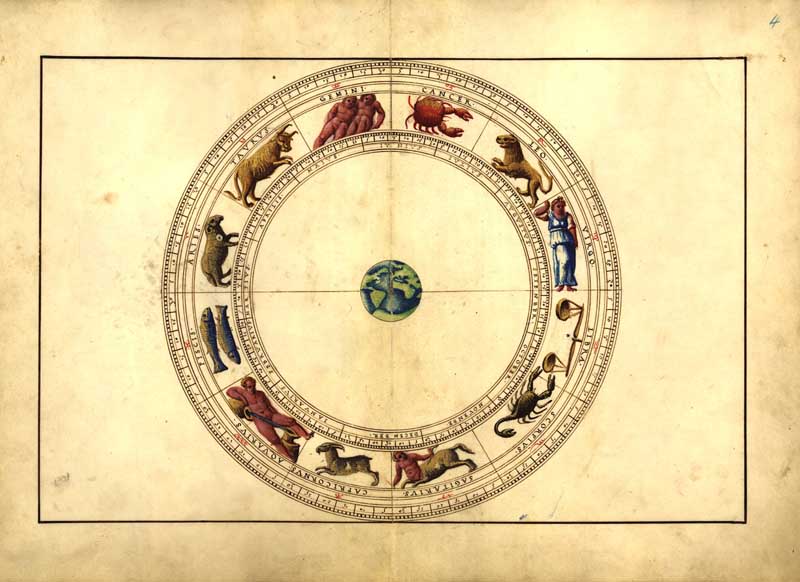