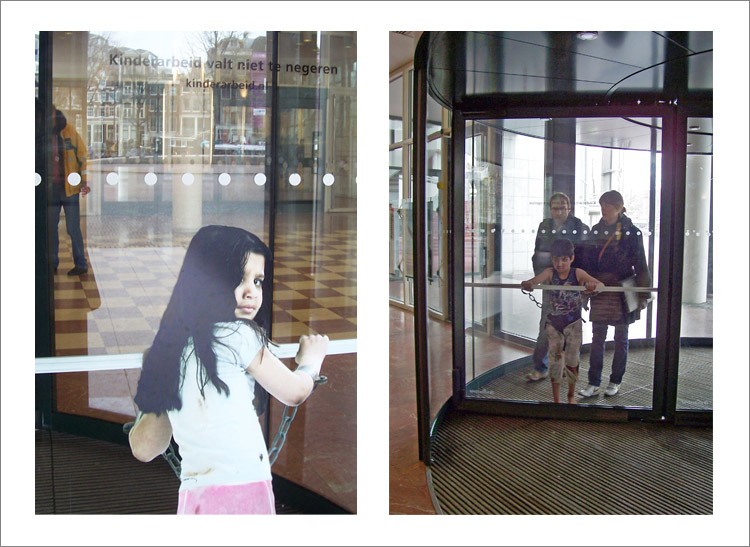 While I am not a big fan of pervasive advertisements, I found this guerrilla marketing campaign designed by Ogilvy to be highly effective. It comes directly from the same vein as Amnesty International’s award-winning campaign “It’s Not Happening Here But It’s Happening Now.” However, instead of being merely a billboard campaign, this iteration is interactive. As one pushes the revolving door, they are trapped between two photographs of child laborers also pushing the door. Above each the child is the text “You can’t ignore child labor – www.kinderarbeid.nl” [kinderarbeid= child labor]

Watch the video to get the idea: